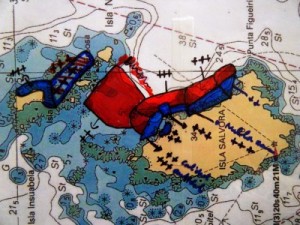 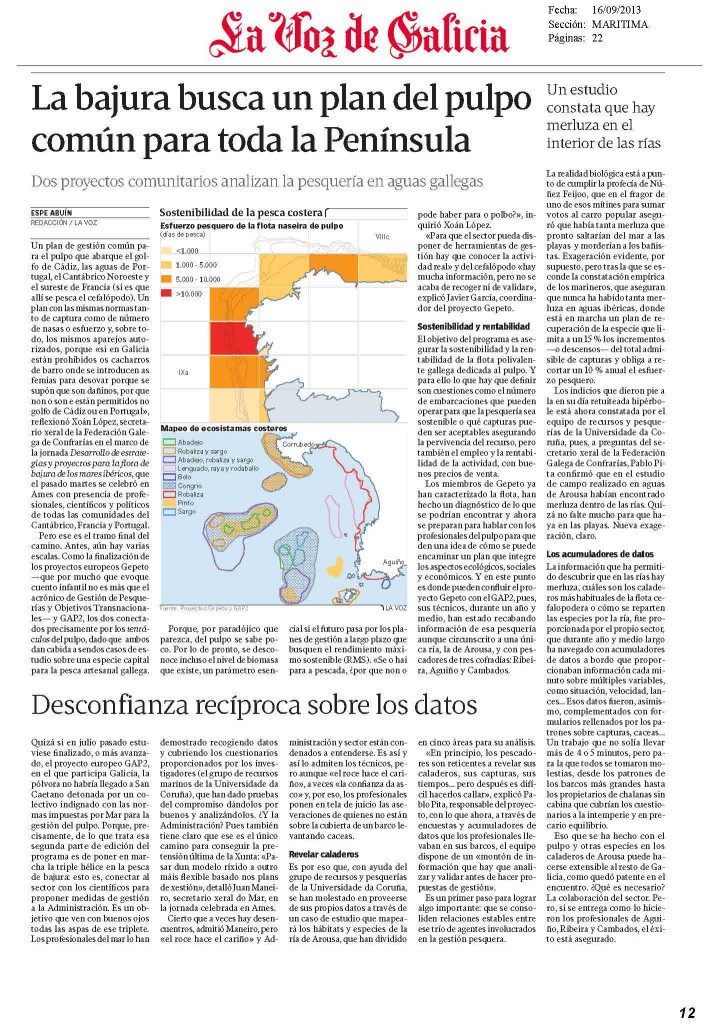 Different alternatives to traditional top-down management have been implemented over the last years in Galicia. Since co-management, largely based on TURFs, is successfully managing some marine benthic invertebrate fisheries, the fishery sector is interested in expanding bottom-up initiatives to other fisheries. The new CFP is also pushing to increase fisher’s involvement in the management of their fisheries, thus European bodies are funding co-management projects, like GAP2 and GEPETO.

GAP2 is using fisher’s TEK for mapping habitats and fishing grounds, and also data loggers and log-books to allocate CPUE of the fisheries in a study area (Ría of Arousa). GEPETO is focused in the management of the Galician octopus fishery.

The octopus fishery is a paradigmatic example of top-down management that generates many conflicts between fishers and policy makers. Managers complain that their regulations are routinely ignored, while fishermen argue that these regulations are implemented without their participation.

Meetings between fishers, scientists and policy makers have been performed to overcome a confrontation that is putting at risk one of the most traditional and economically relevant fisheries in Galicia. In the meetings, organized by GEPETO, information of the octopus fishery was provided by GAP2: interviews were performed to identify the fishing grounds of the fleet, while information on fishing routes and catch, collected in data-loggers and daily log-books, was used to obtain the distribution of CPUE.

We hope that, as a result of the meetings, will be opened a scenario that offers new perspectives for the management of the Galician octopus fishery.