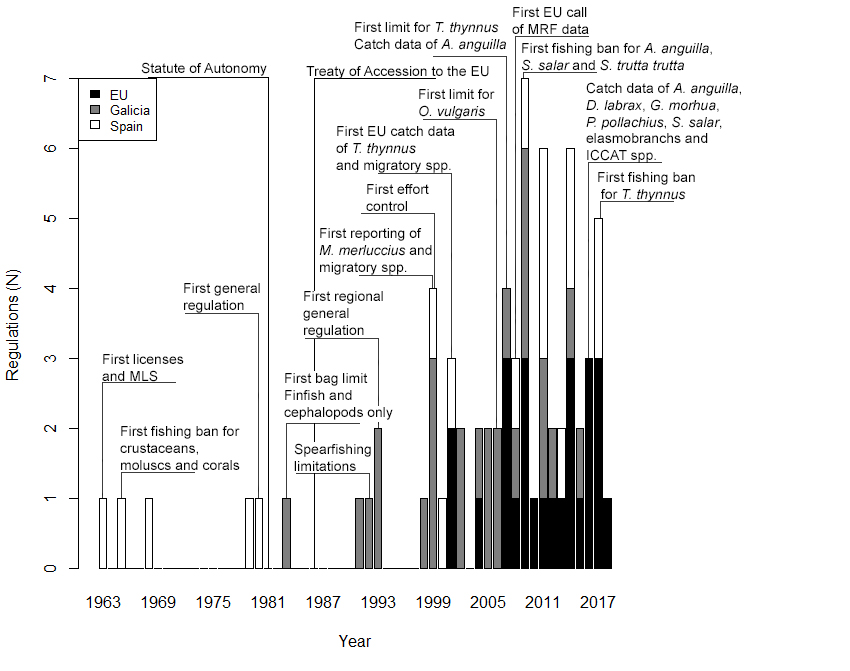 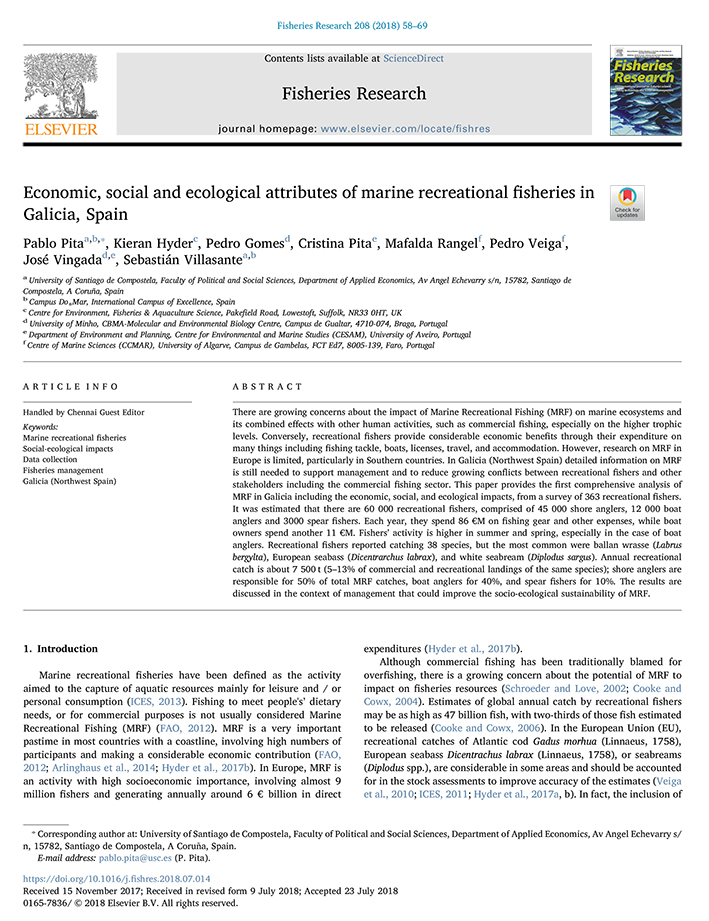 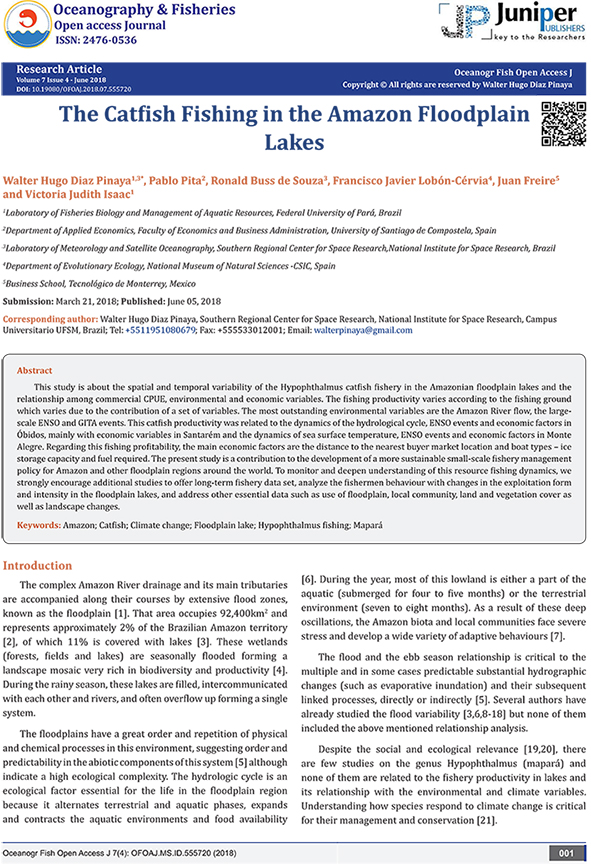 Recreational sea fishing in Europe in a global context—Participation rates, fishing effort, expenditure, and implications for monitoring and assessment

Marine recreational fishing (MRF) is a high-participation activity with large economic value and social benefits globally, and it impacts on some fish stocks. Although reporting MRF catches is a European Union legislative requirement, estimates are only available for some countries. Here, data on numbers of fishers, participation rates, days fished, expenditures, and catches of two widely targeted species were synthesized to provide European estimates of MRF and placed in the global context. Uncertainty assessment was not possible due to incomplete knowledge of error distributions; instead, a semi-quantitative bias assessment was made. There were an estimated 8.7 million European recreational sea fishers corresponding to a participation rate of 1.6%. An estimated 77.6 million days were fished, and expenditure was €5.9 billion annually. There were higher participation, numbers of fishers, days fished and expenditure in the Atlantic than the Mediterranean, but the Mediterranean estimates were generally less robust. Comparisons with other regions showed that European MRF participation rates and expenditure were in the mid-range, with higher participation in Oceania and the United States, higher expenditure in the United States, and lower participation and expenditure in South America and Africa. For both northern European sea bass (Dicentrarchus labrax, Moronidae) and western Baltic cod (Gadus morhua, Gadidae) stocks, MRF represented 27% of the total removals. This study highlights the importance of MRF and the need for bespoke, regular and statistically sound data collection to underpin European fisheries management. Solutions are proposed for future MRF data collection in Europe and other regions to support sustainable fisheries management. 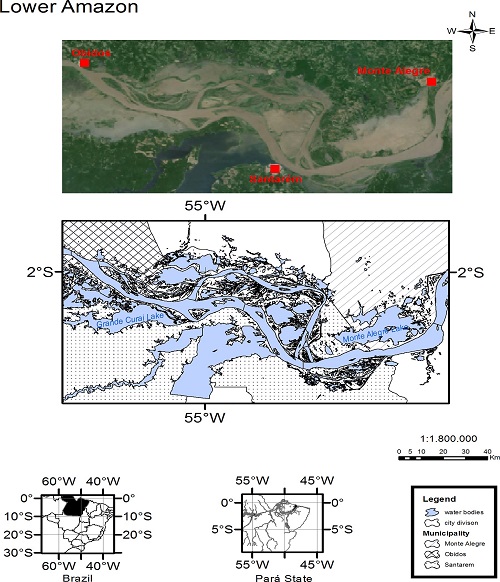 This paper aims to describe the spatial-temporal variability in catch of the main fishery resources of the Amazon River and floodplain lakes of the Lower Amazon, as well as relating the Catch per Unit of Effort with anomalies of some of the Amazon River, atmosphere and Atlantic Ocean system variables, determining the influence of the environment on the Amazonian fishery resources. Finfish landings data from the towns and villages of the Lower Amazon for the fisheries of three sites (Óbidos, Santarém and Monte Alegre), were obtained for the period between January 1993 and December 2004. Analysis of variance, detrended correspondence analysis, redundancy analysis and multiple regression techniques were used for the statistical analysis of the distinct time series. Fisheries production in the Lower Amazon presents differences between the Amazon River and the floodplain lakes. Production in the Amazon River is approximately half of the one of the floodplain lakes. This variability occurs both along the Lower Amazon River region (longitudinal gradient) and laterally (latitudinal gradient) for every fishing ground studied here. The distinct environmental variables alone or in association act differently on the fishery stocks and the success of catches in each fishery group studied here. Important variables are the flooding events; the soil the sea surface temperatures; the humidity; the wind and the occurence of El Niño-Southern Oscillation events. Fishery productivity presents a large difference in quantity and distribution patterns between the river and floodplain lakes. This variability occurs in the region of the Lower Amazon as well as laterally for each fishery group studied, being dependent on the ecological characteristics and life strategies of each fish group considered here. 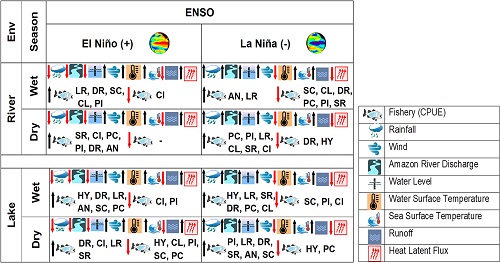